For nearly 30 years Laura Okmin has been covering the biggest names in sports on the biggest stages. But what Laura is most known for, and most proud of, is the connections she has cultivated over two decades of building relationships … not sources. Trust has been the foundation of every interview she conducts, the content she creates with her production company – and now her company leading the next generation of women sports broadcasters. 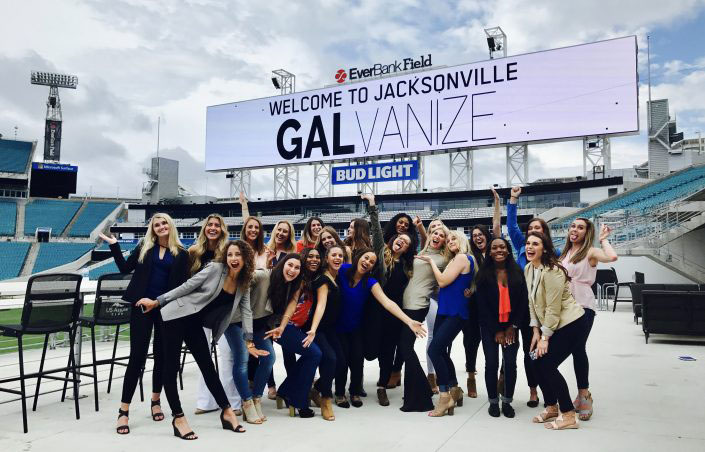 Always passionate about her job, GALVANIZE gave Laura a purpose: Training and mentoring young women entering the sports world on – and more importantly – OFF camera. Its genesis was to give young women something Laura didn’t have growing up in this business … a network of other women. By conducting seminars around the country, GALVANIZE boot camps teach participants to build their own foundations by establishing relationships, gaining confidence, going deeper in their interviews, and all the while, empowering themselves … and each other. Laura proudly established The Stuart Scott Minority Scholarship in memory of her best friend and ESPN anchor who passed away in 2015. The scholarship provides additional opportunities for young women to participate in GALVANIZE programs throughout the year.

Laura is the third longest tenured sideline reporter in NFL history. You’ll find her covering the league for the NFL on FOX and Westwood One’s NFL national radio games. She’s covered more than 10 Super Bowls, hosted Olympic coverage from the London, Sochi and Pyeongchang games, and reported from multiple World Series and NBA and NHL championships. Laura has worked for CNN, TNT/TBS Sports, hosted national shows on FSN and was a sideline reporter from the Orange and Fiesta BCS Bowl Games. She began her broadcasting career as a Sports Reporter/Anchor in Montgomery, AL, Chattanooga, TN and Sports Channel in Chicago, where she traveled with the Chicago Bulls during their championship run leading to an Emmy Award.

Wanting to create, develop and own content, Laura started LO Productions in 2007 producing PROfiles, a 30-minute series introducing viewers to NFL personalities off the field which aired on FSN for two seasons. She hosted the series while also serving as its Executive Producer securing VIZIO as the title sponsor, booked each guest and wrote every episode. 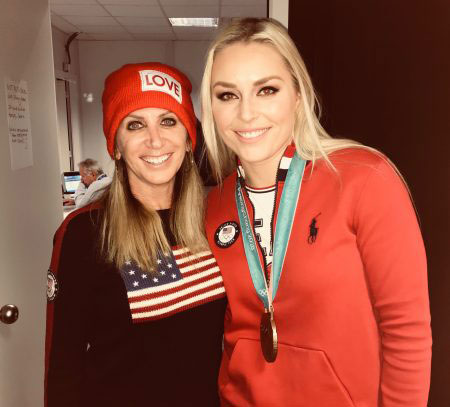 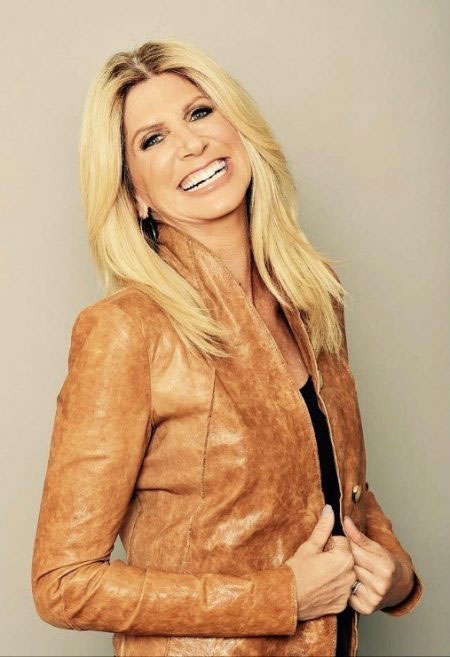 Laura speaks to businesses and colleges throughout the country. She also offers sought-after media training for professional athletes, coaches, NFL and MLB teams and business professionals. She is the media/communications consultant for the Professional Women’s Hockey Players Association. Crafting the messaging for nearly 200 of the top professional women in hockey players in the world.

In honor of her late mother, Laura wrote a children’s book, published in 2002, titled “Mommy Has Cancer.” She graduated from the University of Kansas with a degree in Journalism. She now proudly sits on the Board of Trustees of the University of Kansas William Allen White Journalism School and is on the advisory board of the Los Angeles Sports & Entertainment Commission.

After years of being told a woman’s career in TV goes downhill after 40, Laura loves to say (or shout!) that life just keeps getting more wonderful. She shares her life and love with her husband Michael Hagerty. Together they created a production company, OKERTY ENTERTAINMENT, which produces scripted and unscripted content for all screens – with messages they believe in. Laura and Michael live in Nashville with their much loved dog Booyah.

Interested in enrolling in GALvanize? Fill out the form below!